As the PHP 7 release date is fixed and its November 2015. PHP is coming with very Fast Performance and many New features. All the new changes make PHP stronger.
According to the reviews, running  drupal 7.27 on PHP 7 is 4.23 percent faster than running it on PHP 5.6, that number rises to 25 percent faster for those running earlier builds of the in-development Drupal 8 release.
So, the long story short is that PHP 7 will be a significant boost over PHP 5.6. 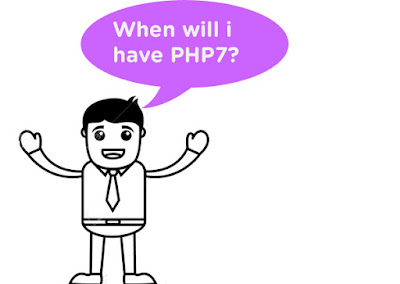 Given that it’s still early days for PHP 7 and the final release is still months away, I suspect there will be further innovations and improvements. The net result is that we can all expect to win as PHP applications will be the big winners overall.
Some of the new exciting features of PHP 7 here :
1.     Anonymous classes  :  (

Anonymous classes enable you to make your code more concise. They allow you to create a class and a new instance of it in a single expression. They are like local classes except that they do not have a name. They use the existing class syntax, with the name missing: 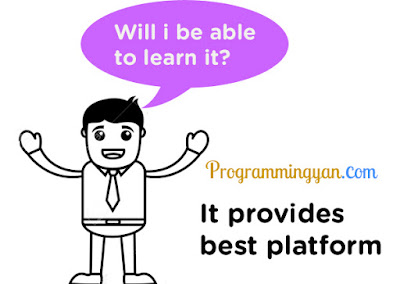 The coalesce, or ??, operator is added, which returns the result of its first operand if it exists and is not NULL, or else its second operand. This means the $_GET[‘mykey’] ?? “” is completely safe and will not raise an E_NOTICE.
Example :

// Fetches the request parameter user and results in 'nobody' if it doesn't exist
$username = $_GET['user'] ?? 'nobody'; 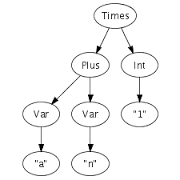 A complete change to the way in which PHP is interpreted allowing for a greater amount of flexibility and the possible introduction of a just in time compiler in the future. Without a JIT compiler, PHP 7 is already about twice as fast as PHP5 and on par with Facebook’s PHP interpreter (which is JIT compiled). Adding a JIT compiler would make PHP7 even faster.
4.     Fatal Errors replaced with Exceptions : 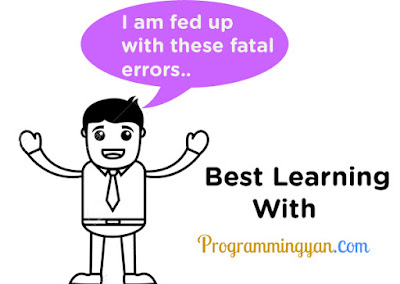 The ability to replace fatal errors with exceptions so you can catch them instead of PHP just dying is an interesting new feature.
Example : 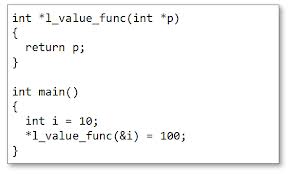 Importance of Teamwork in Organizations

Importance of Teamwork in Organizations 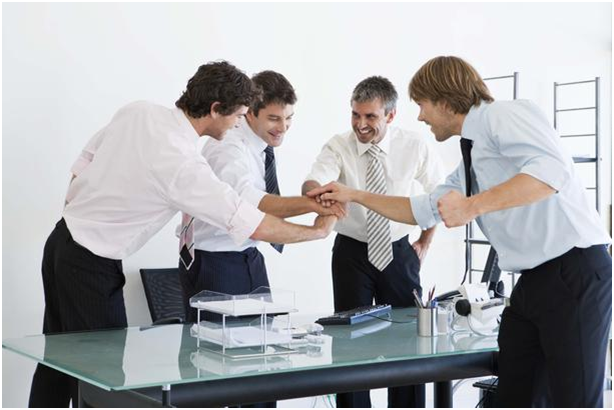 Teamwork is used across many different industries to increase performance, employee unity and company culture. Companies that must frequently develop new ideas or products using a project-based approach assemble teams in order to diffuse responsibility. Team members use teamwork to bounce ideas off of one another before deciding on a development path for a project.
Problem Solving
Teamwork is important due to the problem-solving synergy gained from multiple minds working on a solution. When one person works on a specific company problem, that person only has her personal experience and knowledge from which to pull for solutions. Using teamwork, team members pool their collective ideas together to generate unique ideas for dealing with problems. Problems in this case are not purely negative. The problem could be developing a product for a consumer to address a need that the consumer does not know that she has.
Communication
Teamwork is the backbone of effective communication within a company. When employees work as individuals or independently on projects, they may not readily share knowledge or new information. This lack of communication increases the time it takes to complete projects, tasks or the development of solutions. Teamwork promotes conversation between employees regarding the task at hand, possibly preventing employees from working in opposite directions. For example, if one employee does not communicate that one method of addressing a problem is a dead end, and another employee is still trying to use that method, productivity is lowered.
Cohesion
Cohesion is an important byproduct of teamwork within a company. This cohesion could be the result of increased chemistry, trust or both from working on projects as a team. Cohesive employees are less likely to be confrontational toward one another and more accepting of each others' decisions. Cohesion from teamwork can greatly increase the work-flow speed of a company.
Learning
When employees work together as a team within a company, every employee learns from one another. This knowledge is not limited to the personal experiences of teammates; employees from different departments may learn information from each other regarding the limitations and possibilities of those departments.
The Role of Teams in Organizations 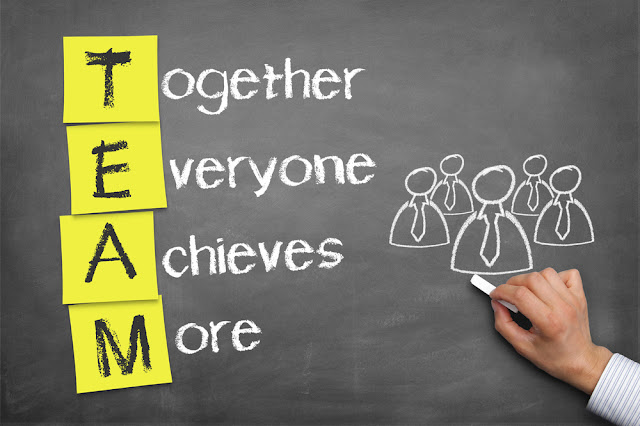 By increasing effectiveness, competitiveness, and productivity, teams have become an essential element of successful businesses.

The use of teams has become essential to successful organizations of all types and sizes. Teams benefit organizations by combining people who can achieve goals faster and more effectively through collaboration than can individuals working alone. Organizations often use teams to bring together individuals from different departments or functional areas in order to conduct their operations and address problems. They may turn to teams to make the most efficient use of their employees and other resources. Small organizations—especially start-ups—may be made up entirely of a single team on which everyone works jointly to achieve a common goal.
Teams within organizations
Teams are important in small businesses as well as large corporations.
Technology and Teams
Changes in technology—such as lower costs, ease of use, and increased availability—now make it easier to form teams and accomplish teamwork. For example, technology allows workers in different locations to communicate and collaborate. This is known as a virtual team. Collaborative tools such as Google Docs, as well as video-conferencing applications such as Skype, are available at low or no cost. Common technology infrastructures such as communications and data networks link people and allow them to share documents and other teamwork products effectively.
Globalization and Teams
The increased globalization of work also accounts for the increased use of teams. Many of the challenges faced by global companies create a need for broader expertise and knowledge when decisions are made. A large company with divisions around the world can form teams that bring together people with the necessary background and skills to achieve its goals. Doing so enables the organization to make use of expertise and skills regardless of where it is located. Operating globally also creates opportunities to combine the efforts of employees working on similar projects to avoid duplication and create synergies.

Why You Should Do An Internship?

Why You Should Do An Internship? 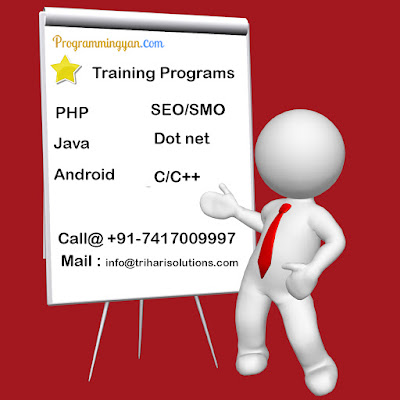 The main reason to complete an internship is to be employment ready when you graduate. Internships offer students the chance to jumpstart their career with invaluable learning experiences and opportunities.
Finding work can be a real challenge, especially if you don't have any experience. Yet to get experience you must first find a job. It's a nasty catch that can be difficult to get around but an internship is a good way to do it.

Internships provide work experience opportunities to university students, recent graduates and people considering career changes. Employers are willing to hire interns with little or no experience, especially if the intern is willing to accept little or no monetary compensation. However, the benefits of doing an internship go far beyond your pay cheque.

2.    Build your network
Your supervisor, other employees, clients, partners, and anyone else you meet can all be a part of your professional network. All of these people are potential references when applying for jobs and some may connect you to new opportunities.

3.    Improve your resume
You will gain industry-specific experience you can put on your resume making it more attractive to employers. In addition, you will be able to build and improve on your skill set. This includes skills such as communication – skills you can place in the “Highlights of Qualifications” section of your resume.

4.    Gain self-confidence
If you have never worked in the industry before it may seem intimidating to apply for a job after graduation. If you complete an internship you will have confidence knowing you have applied your skills and knowledge, and that you are employment ready. That can give you a sense of calm confidence.

5. Get ahead of the competition
When applying for jobs, you’ll not only have the education but also the experience.              You’ll have the upper hand because you’ll have gained the experience that proves you know how   to use what you’ve learned

Reports in 2013 say 36% hired candidates in companies were their interns. This hiring behavior is changing constantly.

Gain Valuable Work Experience
An internship provides the opportunity to gain hands on work experience that you just can’t get in the classroom. First time job seekers and career changers aren’t usually desirable candidates, but companies are willing to train them as interns and give them the experience they would need to get a job.
Have an Edge in the Job Market
Employers are usually more concerned with your work experience than your qualifications and internships are often the only way to get the work experience you need to secure a job, so they're a vital part of your resume. Many employers prefer or require applicants who have done an internship or relevant work experience and in many of the more competitive job markets it is essential to set you apart from the others.
Transition into a Job
Employers see interns as prospective employees and many finish their internships and continue working with the company full time. Internships are the number one way for employers to find new staff in the US. Think of it as a really long interview, after which you’ve proved that you are a capable and hardworking employee. Just as you’re giving the industry and the company a trial run, they’re doing the same for you.

Programmingyan.com is a solution based company founded by innovative team, located in Dehradun, INDIA, which deals in programming languages. The use of Programming Language commonly used in web development.
Our company is offering training in PHP, JAVA, DOTNET, C/C++, SEO/SMO, ANDROID & web development courses for all the candidates.

Depends on the orientation of the program in which you have applied in our company.

Why Join Us?
Because we provide highly professional training in Programming Languages.
Come and join us
For more visit: www.programmingyan.com
Contact: +91-9045746270, 7417009997
Demo to feel the difference. (*After Registration Only).

Summer vacation is at your door and yet you haven’t decided what to do during that period. Don’t think much about that. Think that you can have both entertainment and learning in your vacation. If you are of engineering or IT background or you are interested in Programmingyan.Com, you will be benefited a lot from this write up.

Select Dehradun as your destination for vacation and training in summer. Yes, it can be easy to enjoy your summer vacation in Dehradun as the city atmosphere becomes comfort during the months of May and June. If in your mind from hot condition, you can have wonderful experience for your summer training Dehradun.

There is no need to mention something about Dehradun as it is the center for each & every activity including business, study, entertainment, tourism, etc. Dehradun is a beautiful hill station that is popular for its adventure, spiritualism and the beautiful nature that the place is blessed with. You can visit Shhastradhara, which is a great scenic spot, Tapkeshwar temple of Lord Shiva, Santaula devi temple, Guchhupani, Lachhiwala, Chandrabani and many more that can be the destinations for spending the time during your summer training in Dehradun  after the classes. It means taking admission in a course in the summer vacation gives you both enjoyment and the opportunity to know Dehradun closely.

In order to experience both enjoyment and learning, select Programmingyan.Con in Dehradun. Getting admission in Programmingyan.com would be a great decision. The institute has brought several short term courses for summer training.